I’m pretty active on a lot of bodybuilding forums. I’m stumbled
upon the HCG diet and gave it a go. Here’s my review from someone
who was taking creatine and lifting weights on a daily basis. This
review was posted in other forums, but I thought I’d also share it
here. It was more written for a skeptical audience, so please
take it with a grain of salt. It’s just my overall impressions of
the diet.

Background: I’ve been weight training consistently since junior high
and seriously off and on for the last 4 years or so. Last January I
moved to New York from California for a new job. Between trying to
get my affairs in order, 6 months of going away parties, being in a
much more stressful job, working long hours, not having typical
grocery stores – I had gained around 40 pounds. I’m a classic
endomorph, so gaining muscle is easy, but so is fat, especially when
I really enjoy eating and drinking. Over the last few months, I have
finally fallen back into a consistent weight training/cardio routine
with much healthier eating habits through sheer will. Living in
Brooklyn and working in Manhattan without typical grocery stores
(only corner markets) makes it difficult to eat healthy as my
options aren’t what I was used to living in the San Francisco Bay
Area. Over the last few months, I have steadily been dropping
weight, but it has been slow going at 2-4 pounds per month. At my
heaviest, I weighed around 258 and had dropped down to 246.5 when I
started the diet.

Reason for Choosing Simeons Protocol: I’m an open minded individual,
who despite that remains empirically skeptical. When it comes to
supplements, training routines, diets, etc, I look for two things:
Scientific Data and Real World Feedback. A lot of times, these
things are based on bro-science, self-proclaimed guru babble, or
other irrelevant data. Other times they’re based on legit science,
but never seem to pan out in the real world. I found Simeons
Protocol extremely interesting for two reasons. People who have
actually gone through it and provide feedback overwhelmingly speak
very highly of it. I have seen enough logs and reviews (with
pictures) that it’s obvious there is something to it. Also, the
people who speak poorly of it, almost never have gone through the
diet. My overall impression is that it has extremely positive
feedback after you sift through all of it. The second thing that
caught my eye was that a doctor was actual using this in a clinical
setting and attained consistent results. It was at that point I
started going through any all of the studies I could find on it.
After reading abstracts, you’ll find that the results are extremely
inconclusive, but if you go through the actual studies you’ll
realize the ones that have discredited the protocol did not follow
the strict guidelines of it. So, after pricing it out, I figured
what the hell, and might as well try it because I’m just straight up
fat.

My Review: I’m actually quite impressed. In 30 days, I have lost
31.5 pounds. My room-mate in 30 days, lost 40 pounds. Unfortunately,
I did not take body-fat measurements before and after, so I can’t
speak to actual composition changes. However, a few things did
strike me a significant. The first being that I did not lose and
strength and actually got stronger on some lifts. I purposely took
creatine to maintain strength, but despite the severe calorie
restriction, my muscles did not suffer that much. The second
significant thing that I noticed is lack of hunger. I get extremely
irritated when hungry, which would usually only take a few hours of
an empty stomach. While taking the HCG I did not suffer from severe
hunger pangs. I did experience occasional and mild hunger pangs, but
nothing compared to what would be expected. I did however really
miss eating, which was great for me because it helped me separate
the psychological and physical cravings much more clearly.

Overall, I would recommend it. I think the real dispute comes it
whether or not the HCG has any effect as you should expect people to
lose weight on a Very Low Calorie Diet.

Controversy: I don’t think that most people would question whether
or not it’s effective. Based on the actual research done, the many
logs accessible on the internet, and my personal experience with
myself and my room-mate, I don’t question it’s effectiveness. The
real question is whether or not the HCG has anything to do with it.
I’m not going to be so naive to make statements of fact based on my
assessment, but I will note observations that I find interesting.
What I find more interesting though are the natural conclusions that
can be drawn based on the rationale, no matter what side of the
debate you’re on.

Hunger: Common knowledge within this community would tell you that
someone of my size eating only 500 calories a day should be
starving. Even from personal experience, just missing a meal was
enough to make me very irritated and hungry. Yet, I found it
relatively easy to maintain this diet. More than anything I actually
missed eating good food. I had no idea the extent of my enjoyment of
eating. Both my room-mate and I were able to distinguish much more
clearly between psychological cravings and actual hunger pangs. At
one point we both increased on dosage and noticed a decreased
appetite. I wouldn’t rule out placebo effect by any means, but I
think this was significant. Perhaps I’ve under-estimated my own will
power, but I find the lack of hunger to a very compelling
observation for HCG.

Metabolism Drop: Common knowledge in this community also states that
my metabolism should have come to a complete stop eating 500
calories a day and weight loss should slow making it harder to lose
weight. Whether you believe HCG had any effect or not, controversial
conclusions can be drawn. Because either the HCG helped release fat
stores, or despite the extreme calorie deficient my metabolism
couldn’t have come to a stop because I continued to lose weight.

Fatigue: On diet like this, most people would assume fatigue would
severely set in. Both my room-mate and I suffered very little
fatigue. I would say that by the end of my workouts I felt slightly
more tired than usual, but nothing significant to note. My strength
stayed high on this diet (with creatine) and my workouts did not
suffer. I would say that my stamina was not the best, but it was
equal to a keto diet which makes me think it had more to do with low
glycogen levels.

Muscle vs Fat Loss: I can’t provide any substantial evidence for
this either way since I did not take body-fat measurements. I
continued to weight train heavily while on this diet. With the
addition of creatine, I lost no strength and actually improved on
all of my lifts. I’m not sure conclusively how much muscle loss can
occur with strength increases at the same-time, but I would assume
it should be small. Even if I did lose substantial muscle, I’m not
sure how upset I am because my strength increased the entire time.
This can either be chalked up to HCG or perhaps we need to re-
consider recommendations for people in the 20%+ body-fat range when
it comes to losing weight. Perhaps an extreme calorie restricted
diet is the quickest way to shed body-fat and combined with
creatine, muscle mass (or at least strength) can be preserved.

Like I said, I’m not going to make any conclusions. I wanted to post
this review because I think some interesting discussions could
probably result from it. As I mentioned before, I’m not going to
make broad generalizations about human physiology based on my
limited experience on this diet, but I do believe a 31.5 pound loss
in 30 days while improving strength speaks for itself.

The real question is what will happen in the next 30-60 days
regarding my overall changes. 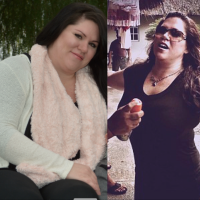 I’m Jen, a naturopath, former nurse, & PhD student, currently studying health & medicine with Oxford University, with a background in psychology, pathology, nutrition, fitness & rehabilitation. I have also personally lost 88 lbs with Hcg & medical weight loss & kept it off for over 10 years. This has given me a passion for understanding health & weight loss from a holistic perspective.

free goodies straight to your inbox

Previous Post: « The Power of Positive Feelings
Next Post: How a Colon Cleanse Can Help You to Lose Weight »

Pages on this site may contain affiliate links to products/services I recommend. I personally review these each year, to assure continued quality for your  happiness.

Stay up to date with all the latest