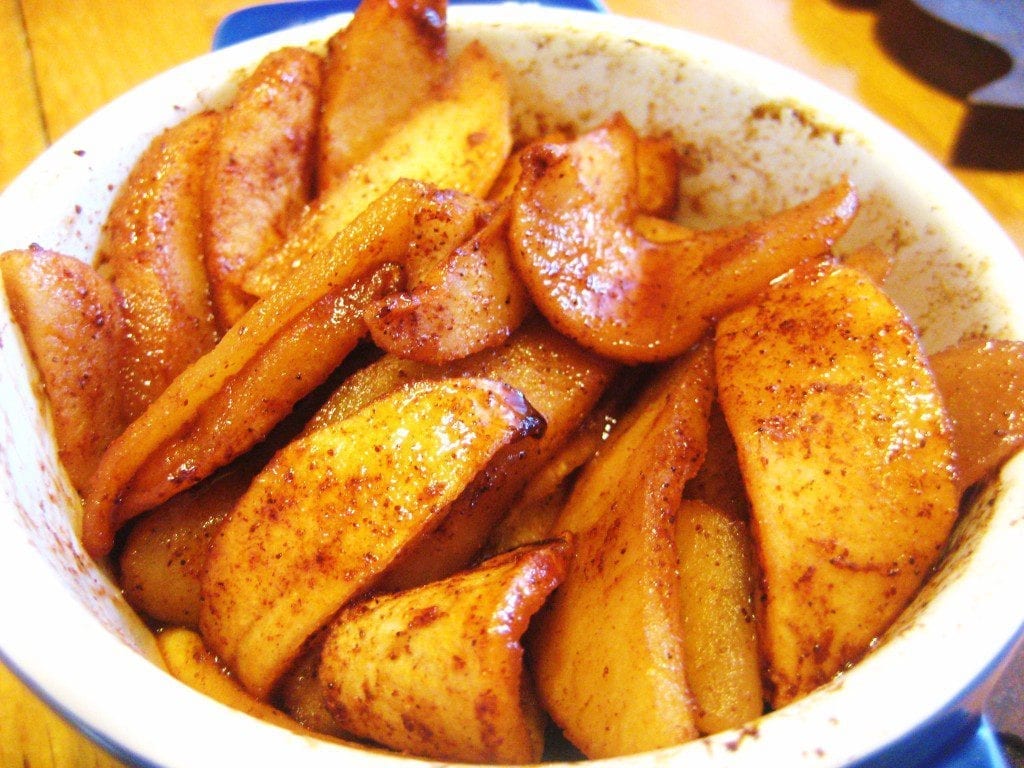 Ideal recipe for phase 2 of the HCG diet.  Makes 2 treats which is one serving.

Combine all ingredients in a bowl and mix well:  stevia, cinnamon, lemon juice, vanilla, netmeg and apple pulp.
Once mixed, form into cookie size pieces.
Bake at 350 degrees for approximately 20 minutes until light brown in color. Let cool before serving.

This is an excellent treat for those learning to adapt to healthy variations for sweets.

A great microwavable treat for those on the HCG Diet (Phase 2 appropriate for most protocols.)

1. Cut the apple in half.
2. Run the apple under water and place in a microwave safe bowl.
3. Pour Stevia over the two apple halves.
4. Sprinkle cinnamon over the apple halves.
Cook:
Microwave for 1:30-2:00 minutes.
Let cool for 4 or 5 minutes.
Cut halves into slices and enjoy!

Mix all ingredients except the apple, in a small baking dish.

Core the apple, then cut into slices and coat in the cinnamon mixture.  Cover and bake at 350 for 10 to 15 minutes or until browned.

Allow to cool for a few minutes before eating- it will be hot!  Tasty, but hot!  Enjoy 🙂

Mix all ingredients except apple.  Heat in microwave for a minute, or in a saucepan while stirring.

Pour the sauce over the chilled apple slices and serve.  Or… serve the sauce in a dipping bowl with apple slices on the side. Phase 3 Recipe modifications:  Dissolve spices in lemon juice. Add rum extract or vanilla and Sauté apple slices in spiced mixture.

Author Jen Larson, BSN, Pursuing PhD
While I have a background in nursing and nutrition, I also personally lost 88 lbs with the HCG Diet in 2002, and I kept it off for over 10 years. I am currently on a mission to lose 45 lbs of baby weight with HCG from Nu Image and Diet Doc. This diet changed my life, leading me to start the first Hcg Diet site: Hcgdietinfo.com. 15+ years later, 100 million visits, over a million pages, & countless lives changed… HDI has become the true highlight of my journey.
View Jen Larson, BSN, Pursuing PhD's Blog Posts
← Previous Post
Next post →
Related Posts

How to Know When You Are HUNGRY, and When you are FULL.
June 15, 2019 By Leez, Expert Hcg Diet Coach

How Long Do You Wait Between HCG Diet Rounds & Why
July 21, 2018 By Leez, Expert Hcg Diet Coach