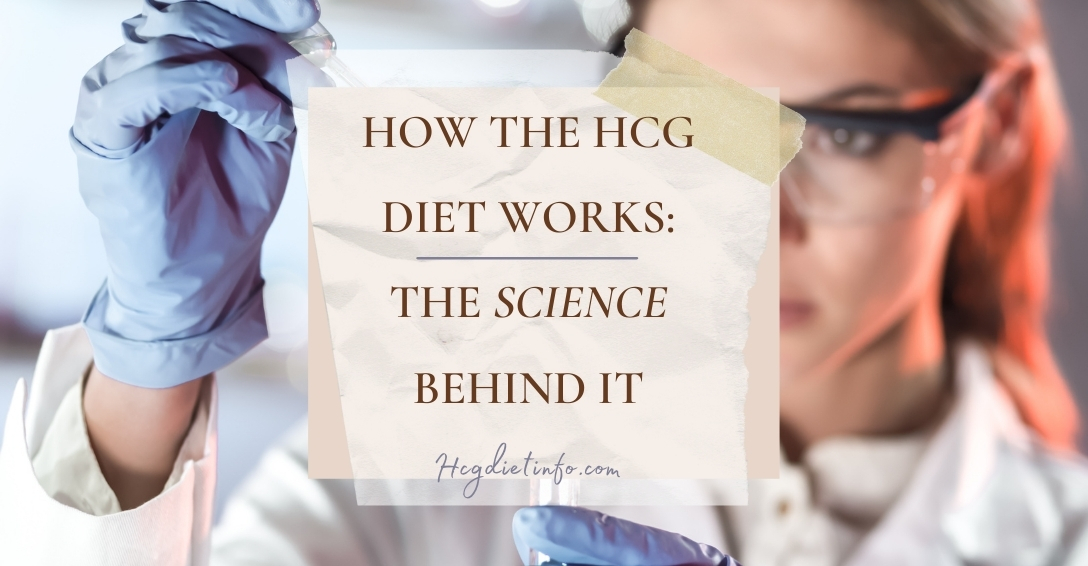 How does the Hcg Diet make you lose weight? The scientific explanation.

HCG is the pro-hormone that is found in all individuals, men and women alike. It is produced in large amounts by women during pregnancy and is known for being the catalyst hormone that stimulates the production of other hormones throughout the body.

These in turn, effect the body’s metabolism, muscle tissue, digestion, liver functions and much more.

According to Dr. Sharon Emma (featured on Dr. Oz), HCG does not, cause you to lose weight. Instead, it changes HOW you lose weight.

One Doctor’s Explanation of How Hcg works for weight loss:

It is no secret that hormone function and the balance of hormone functions in the body, is known to be one of the most common causes of weight challenges, especially severe obesity.

HCG’s role in weight loss, is in how it helps the body to balance out the delicate hormone system, which in turn enables the body to function at an optimal rate of performance.

“HCG is “Human Chorionic Gonadotropin”. It is a protein hormone made by the placenta of pregnant women. It acts to stimulate precursor hormones in the body called Leuteinizing Hormone (LH) and Follicle Stimulating Hormone (FSH).

The elevation of these hormones by HCG prevent the negative feedback loop of high hormone levels in the pregnant female, allowing hormones to go higher than normal. In non-pregnant [women,] and males, it serves to elevate hormone levels as well. To what degree the hormones are affected depend on the dose of HCG that is given.”

HCG is used for fertility in both males and females. In females, HCG given at high levels (10,000 IU) will simulate the spike in FSH that produces ovulation, therefore causing women to ovulate.

Though its use as a fertility drug has been clearly defined and FDA approved, HCG use for weight loss has yet to take this route. Since its discovery, its mechanism has been elusive, and its studies equivocal.

The discovery goes back to the 1930’s. A medical experiment involving pubescent obese boys and “pregnancy hormone” led to an observation that these boys developed more muscularity and lost their obesity. The isolated HCG hormone was felt to be responsible. This led Dr. ATW Simeons to pursue an experimental treatment involving HCG injections, obese patients, and a special diet.

The results of this study were outlined in the now infamous “Pounds and Inches” manuscript, written by Dr. Simeons in 1971. Once this manuscript became public, it was followed by numerous studies in the 1970’s and early 1980’s that sought to prove or disprove the scientific method of Dr. Simeons.

However numerous researchers were unable to prove Simeons claims. Why? I can tell you. The studies looked at the difference in “weight loss” between patients on HCG and placebo not on HCG. The weight loss difference between users of HCG and non-users on the same diet, is about the same, therefore the FDA found no evidence to support the use of HCG for weight loss. However, there is a very clear reason why this was the result. HCG does not produce weight loss by itself. Rather, the diet is what drives the weight loss.

Few people know that simple “pauses” in the body’s natural functions can cause an inability for the body to process and use fat as energy; the natural purpose for fat. For example; A liver that does not get enough Choline can make it impossible for the liver to process fat.

A digestive system that does not have enough of the right hormones to create enzymes cannot properly emulsify foods. This is just two examples out of dozens of possible hold-ups in the body when it comes to processing and expelling fat… that instead shift the body into fat storage mode causing weight gain and obesity.

“HCG doesn’t really do anything. It’s the diet that makes you lose weight.”

What they tend not to understand though is that HCG changes HOW you lose weight.  According to Dr. Sharon Emma, HCG actually stimulates the follicles on glands which helps the body to maintain muscle tissue.

For a scientific understanding, read The NEW HCG Diet which covers how HCG stimulates the follicles of muscle cells and stimulates and enhances the body’s natural hormone cycle.

The Diet IS in fact what makes you lose weight.  HCG simply changes HOW your body loses that weight by keeping your body from going into “diet mode.”

How HCG Helps You Lose Weight

What happens when someone does a very low calorie diet without medication? When someone “crash diets”, as would normally occur on a 500 calorie diet, one can drop weight very quickly. However, this weight consists of fat and muscle (lean tissue).

Since muscle is very heavy, when you lose it, the scale will drop quickly. It looks good on the scale, but bad on the person, and it destroys the metabolism causing “rebound” or rapid regaining of weight lost. This scenario doesn’t happen with HCG, and when you keep reading, you’ll see why.

HCG is an analog of many hormone precursors in the body. This means it stimulates the thyroid, ovaries (in females), testes (in males), and adrenal glands, as well as other tissues in the body that are affected by hormone levels.

The main way that HCG is affecting weight loss is by stimulating the production of estrogen, progesterone, and testosterone, in both males and females. The latter hormone, being an anabolic steroid, is largely responsible for the results of HCG treatment.

Testosterone, for example, acts to build muscle which is why it is a hormone that has been used for bodybuilding. However, in small amounts, it counteracts the catabolism, or “breakdown”, of bodily tissues during a state of starvation. This acts to preserve muscle tissue during dieting.

This preservation of muscle tissue is so important because by preventing its breakdown we preserve metabolism and lean body structure including muscle. This may be why people who claim to lose weight with HCG claim to lose weight differently than with standard weight loss regimens.

In standard regimens there is a loss of both fat AND muscle with an overall shrinking of body size. With an HCG regimen, people claim to undergo a reshaping of their body and removal of certain fat deposits.

The evidence for this unique change in shape after HCG use with diet is not in the mere weight loss, but in the fact that HCG allows for selective fat loss and the sparing of muscle to produce a change in body composition, which produces a change in shape of the body.

Therefore, HCG is not a magic injection. It does not cause weight loss by itself. In fact it doesn’t quite fall into this category of drugs. Weight loss drugs that are approved for this purpose produce weight loss of 10% of body weight per year over placebo.

HCG does not produce an increase in weight loss above placebo. Rather, like I explained, it changes how weight is lost. Therefore, it is a weight loss ADJUNCT, as I call it, that (during a dieting state) allows for the body to preferentially and selectively burn fat rather than muscle.

In addition, many people overwhelmingly claim to be quite comfortable on very little calories with the HCG diet. This so-called appetite effect is very difficult to study.

That’s because it has long been known that a ketogenic diet (a diet that produces ketones, like the Atkins diet) has an appetite dampening quality. So is that why HCG patients aren’t hungry?

Well, unlike a ketogenic diet, my HCG patients are often not in an extreme state of ketosis, and if they are, it is very mild to moderate.

In addition, a decrease in hunger occurs around 48 hours after start of the injections (around the time the hormone peaks in the bloodstream) whereas with a ketogenic diet, it takes nearly a week for hunger to subside. – Dr. Sharon Emma 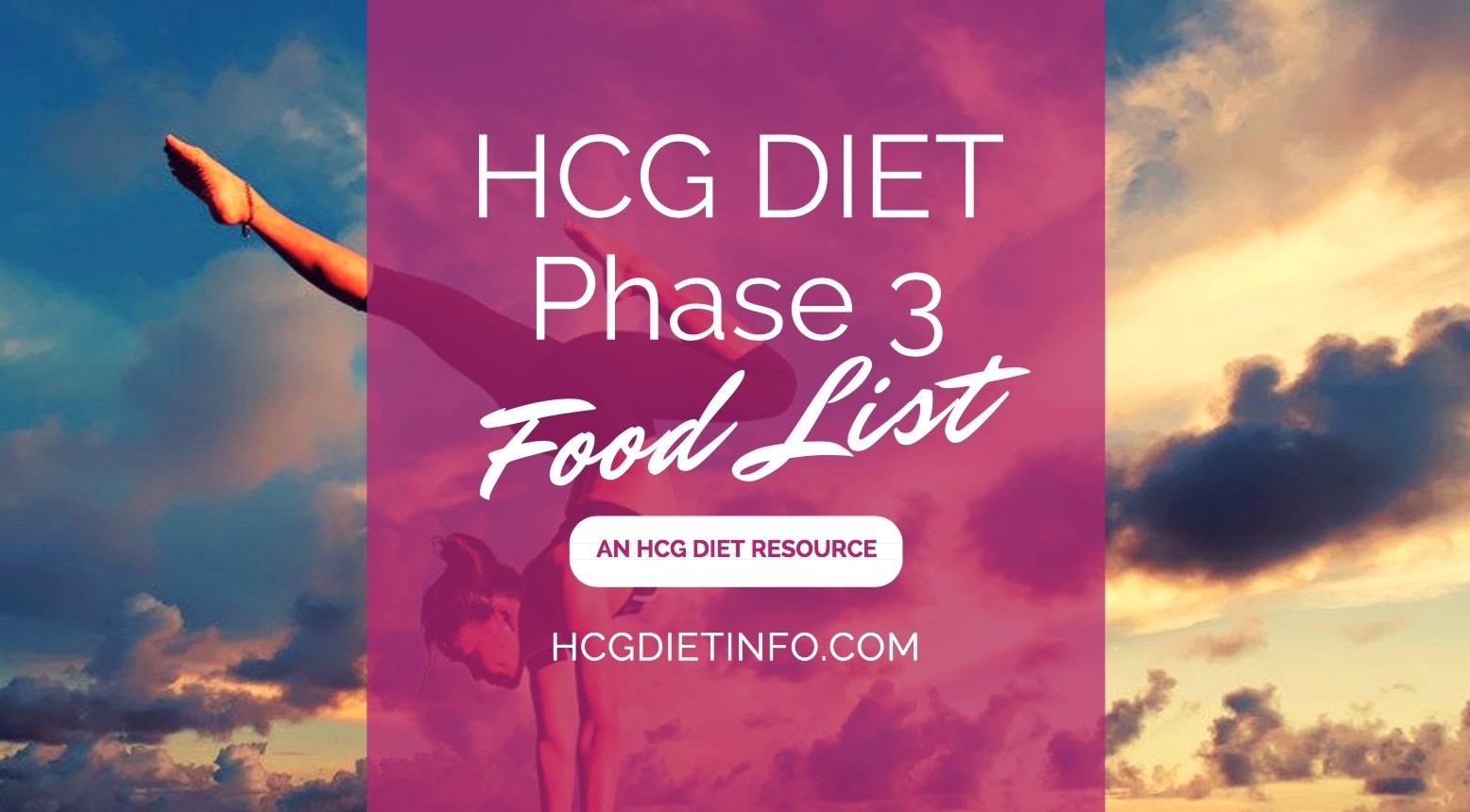